What is GSSHA? Gridded Surface Subsurface Hydrologic Analysis (GSSHA) is a physics-based, distributed, hydrologic, sediment and constituent fate and transport model. Features include two dimensional (2-D) overland flow, 1-D stream flow, 1-D infiltration, 2-D groundwater, and full coupling between the groundwater, shallow soils, streams, and overland flow. Sediment and constituent fate and transport are simulated in the shallow soils, overland flow plane, and in streams and channels. GSSHA can be used as an episodic or continuous model where soil surface moisture, groundwater levels, stream interactions, and constituent fate are continuously simulated. The fully coupled groundwater to surface-water interaction allows GSSHA to model basins in both arid and humid environments. 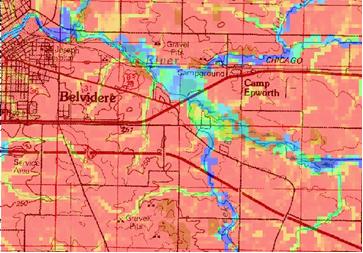 Flooding outside of Belvidere, IL.

What can GSSHA do? GSSHA functions as a general hydrologic, hydraulic, sediment transport and chemical fate and transport model. The spatially explicit nature of the model makes it uniquely qualified for analysis of inherently distributed problems, such as sediment and non-point source pollution assessment and abatement. Because the model is a fully coupled surface water and groundwater model it can be used in a variety of environments, from arid desert regions in the west to humid forest on the eastern shore. Coupling of the watershed hydrology to the river and reservoir portions of the code allows it to be used for complete assessment of sediment fate, from erosion on the uplands to deposition in the reservoir. The fate of associated pollutants can also be tracked through the coupled system. Because the model is scalable it can be applied to large scale issues, such as the management of military training lands, and to small studies where detail at the street level is critical, such as urban flooding. The continuous hydrology model provides soil moisture predictions that can be used to asses fire threat, irrigation needs, and effects on natural systems. The physics based nature of the model makes it applicable for the analysis of future conditions, such as land use changes, and management scenarios, wetland restoration, BMPs, etc., for flood control, sediment transport, and pollutant transport. Utilizing unique boundary conditions this capability can be extended to simulation of coastal flooding due to storm surge. These are just a few ways that GSSHA has been and can be used. 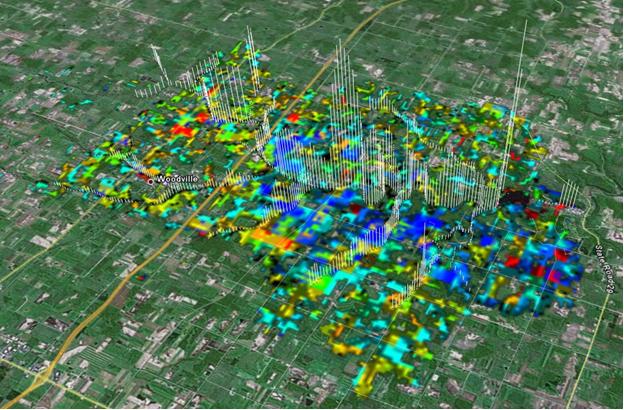 Where do I learn more?